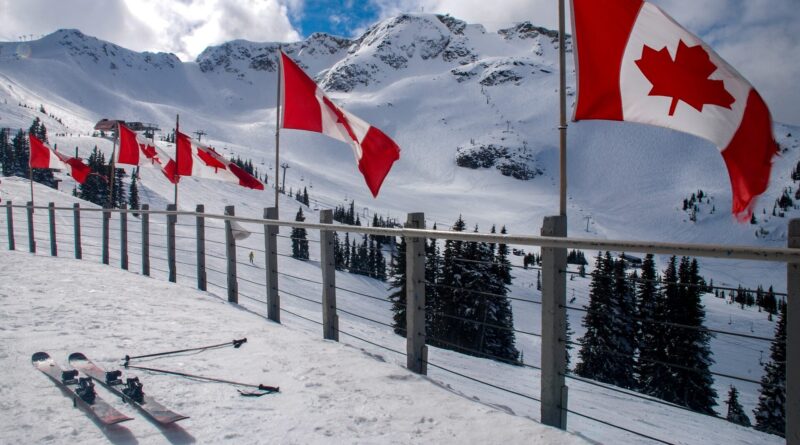 Skiing and Snowboarding has taken a backseat in terms of holidays and sports recently, with limited travel due to Covid-19 and so many other summer sporting tournaments currently on. However, when the season does come back round, you might want to be prepared with an idea of where to go and what to do. Therefore, we have selected some of the top American and Canadian ski resorts for Snowboarding.

Two pro snowboarders Jeremy Jones and Bev Vuilleumier picked Northstar-at-Tahoe as their favourite place to ride. Northstar’s jumps, hips, rails and boxes along with a 420-foot halfpipe made it an easy choice for Jones and Vuilleumier. In all, the resort has six parks and multiple halfpipes, and their boxes and rails are amongst the best anywhere.

Two halfpipes, jumps and more than 70 rails and jibs to grind make the parks at Whistler Blackcomb some of the best in the world. Not to mention, the scenery here is some of the best in the world, with a huge range of on and off piste snow sports. For snowboarders, the jumps have some huge take-offs, so there will be no shortage of thrills at Whistler Blackcomb ski resort.

Mammoth Mountain has some great variety along with well-built and well-maintained features. The resort has multiple parks and meticulous attention to jib, jump and halfpipe detail. In total, Mammoth has three parks, dozens of jumps, and rails, and three halfpipes spread out over 75 acres of snowy terrain.

Olympic snowboarder Gretchen Bleiler said Snowmass is the best place for wide open world-class terrain. Indeed, this massive Colorado resort has three terrain parks, two halfpipes and a cited figure of just two people per acre on the slopes at any given time. “There are a lot of places you can go to ride great parks, but most will be packed with people, and you’ll have to wait in line to hit anything,” she said. “Not so in Snowmass.”

Five distinct terrain parks and four pipes make Breckenridge a top resort pick. Colorado’s consistently snowy winters make Breckenridge’s jumps and pipes among the country’s best. You can ride the same jump all year and it will likely not change. You can always count on Breck to be maintained perfectly.

As the single East Coast area to make the list, Mountain Creek is a midsize area with 1,000 acres of overall terrain. Mountain Creek’s parks and pipes have some of the most unique jibbing features in the country. They have rollercoaster rails to wall rides to any other kind of jib feature you can possibly think of, so it is a must visit for any keen snowboarder

Mt. Hood Meadows resort is a varied and well-equipped place for snowboarders. The resort is constantly changing up the snowboarding park, keeping it fresh and exciting. Try the “Paradise Parks,” a freestyle terrain experience featuring up to eight different parks spread around the mountain face.

Above are 7 resorts we feel are excellent for snowboarding. They are reliable, varied, scenic and catered to the most extreme snowboarders. We hope you enjoy getting back on the slopes sometime soon!