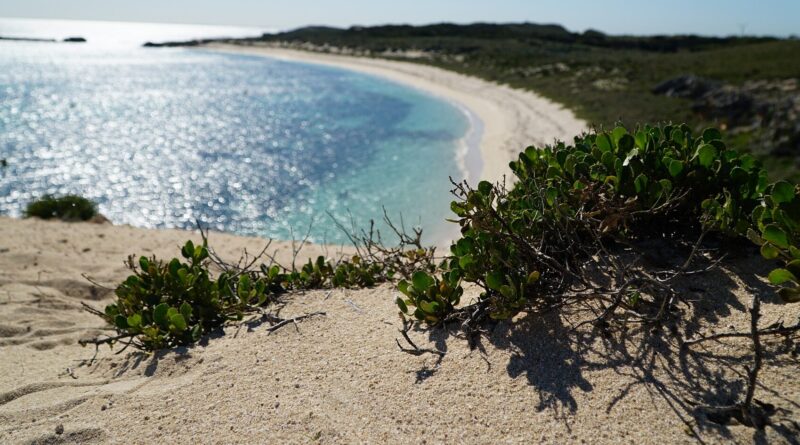 Australia might be the world’s biggest island however it also has 8,222 small islands (we didn’t realise there were so many) around it and after doing some research and digging around, here is the top 5 Australian Islands we’d love to visit.

Not far from Adelaide is Kangaroo Island, it’s the third largest island in Australia covering four and a half thousand kilometres. This island is definitely worth a visit to see Australian animals in their natural environment. On the spotting list are kangaroos, seals, penguins, echidnas and more.

There is also many an unspoilt beach and native bush land. If you are close to Adelaide you should tick this off the bucket list.

Try to fit in time to visit this island if you are heading to Tasmania, as it is only 60 minutes by car from Hobart. The island is made up of the North Island, South Island and with a long thin strip of land in between which is called “The Neck”. “The Neck” is worth stopping off in for its fantastic views of Bruny Island’s coastlines.

One if you are in the Northern Territory as its 80 km north of Darwin. Certainly one to go for if you want to experience the life of The Tiwis. It can be tricky to get there since tourism is restricted, best option is to go on one of the organised tours leaving from Darwin.

Wilson Island is a very exclusive island and would be perfect for a romantic getaway since only 12 guests are permitted at one time on the island. It looks stunning with its sugar – white beaches and the opportunity to see bird and turtle breeding grounds.

Double rooms are around 700 pounds per night, which isn’t too bad for such a special place.

Lord Howe Island found off the coast of New South Wales is well-known to a lot of tourists as well as being popular with Aussies for its stunning beauty, 11 amazing beaches, one of which – Neds Beach – has regularly been voted the cleanest beach in Australia and is worth a visit for its special and rare fauna and flora. The latter means it is on the UNESCO World Heritage List. The population is only 300 and tourist numbers allowed are limited.

The island itself is beautiful, we fully recommend a visit! We hope you enjoyed what we think are Australia’s top 5 islands – and it if you are feeling a bit more adventurous, head to the “nearby” country of Fiji for some of the best beaches in the world.