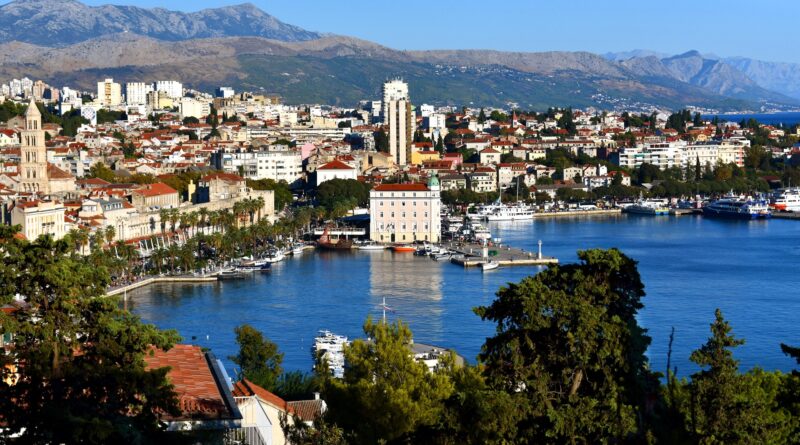 For years Croatia has been known, not only among insiders, as a worthwhile holiday destination. Hardly any other country is so full of contrasts as this country. And that is what makes its magic. The Mediterranean climate alone is attracting many holidaymakers to this varied, engaging and enchanting country.

The location alone on the east coast of the Adriatic offers a lot to see, be it just to relax or to fall in love every time you visit the different cities and old buildings. If you drive along the coastal road, it is like a tour of discovery. Winding fishing villages that you would never discover while driving past. Only a narrow street that is just wide enough for a car leads to them. Experience typical Croatia when you take a seat in one of the many bars to enjoy fresh fish or other Mediterranean delicacies.

If you are looking for peace, nature and mountains, you will also find it in Croatia. Discover the locations of the Winnetou films, for example in the Plitvice Lakes National Park, and go on a search for traces of the treasure in the Silver Lake. Or visit the stalactite cave in the Paklenica National Park and relax in the idyllic mountain hut. And if you don’t feel like hiking, just relax on the beach. Crystal clear water invites you to take a refreshing swim in the summer heat, with many gently sloping beaches where the little ones can also feel safe.

Or just stroll leisurely along the beach promenade and browse the many marketplaces for fresh fruit and vegetables or just for small souvenirs. But there is also a lot on offer for active people. From surfing and jet skiing to wild climbing or rafting tours, you will find it in Croatia.

If you go deeper into the country, you will see that not all traces of the war have been removed. This period has left its scars in the country, but not on the Croats themselves. You have retained your hospitality and good cuisine. Again, many national and international restaurants invite you to linger.

And especially in the inland the extreme contrasts become apparent, to one the small towns and villages in which the typical rural life with cattle breeding and the cultivation of fields is still common and as a contrast the capital city Zagreb. Zagreb is actually the central hub of Croatia, modern life takes place here, shopping centers invite you to stroll, shop or just be amazed. And in the evenings, the nightlife beckons with discos, parties and pubs.

Let yourself be drawn into the spell of Croatia and be tempted to take a vacation, to a country to which you will be happy to return every time.

Tourism is one of the most important branches of Croatia’s economy. The country is not only one of the most popular travel destinations in Europe, it also has many years of experience in tourism. Croatia dealt with the consequences of the war very quickly and immediately began to establish itself again in tourism. In the cities that are important for tourism, little has changed, here time seems to have stood still and tourists still have the opportunity to admire Croatia in its original beautiful form. The numerous small fishing villages or towns that have hardly been touched by commercialization are particularly interesting for tourists. The key to the country’s success as a popular holiday destination is certainly that little emphasis is placed on modernization here. One tries to offer the tourists exactly what they want, namely the country in its pure and original form with all its rough edges that make it so particularly attractive. Nothing is more attractive for tourists today than to be able to observe the people of a country like Croatia as they really are and go about their everyday business without being irritated by the visitors. Of course, the beautiful Adriatic coast also plays an important role in tourism in Croatia, which is ideal for swimming and allows tourists to enjoy a relaxing beach holiday. The numerous Mediterranean plants on the coast are particularly attractive. In addition, Croatia offers many different regions that attract a wide variety of visitors, whether you prefer to spend a vacation on the coast or in the mountains does not matter here, because regions on the coast as well as mountainous regions can be found in Croatia. The mountain regions particularly invite you to go hiking, cycling or just take a walk in the quiet and beautiful surroundings. Numerous activities are possible in Croatia and offer an additional incentive for tourists. Here you can not only swim, sail or take part in cruises, but also spend a vacation on the farm. Eco tourism is becoming more and more important in Croatia and attracts the nature-conscious people to the country in droves. Croatia also offers its visitors an ethnic diversity like hardly any other country, because people of different nationalities and religions live here. Anyone who wants to experience what it is like when people from different cultures live together should definitely experience a vacation in Croatia, because here is the unique opportunity to observe such a coexistence.

In addition, this landscape zone can be further subdivided into northern Croatia and Slavonia. Northern Croatia includes the east-central European area from the Kupa to the Hungarian border. So the flat length along the Save and Kupa around the cities of Zagreb, Karlovac and Sisak, thus the demographic and economic center of the country today. In addition, the mountainous region of Zagorje is part of northern Croatia. The area here is very beautiful and invites visitors to all sorts of activities. The Dinaric mountain region is characterized by low mountain ranges and some high mountains. These form the watershed between the Danube and the Adriatic. However, individual valleys here are also completely without drainage. In the Dinaric mountain region there is a typical mountain climate. In addition to the Gorski kotar mountain range, this landscape zone also includes the Lika and Krbava high valleys and part of the hinterland of Dalmatia. The Dinaric mountain region is particularly suitable for visitors who like to hike or visit the mountains, but cycling is not only possible here, it is even very interesting, as there is a lot to see along the way.

There is no other country in the world that will charm you like Croatia does, if you catch it at the right moment.